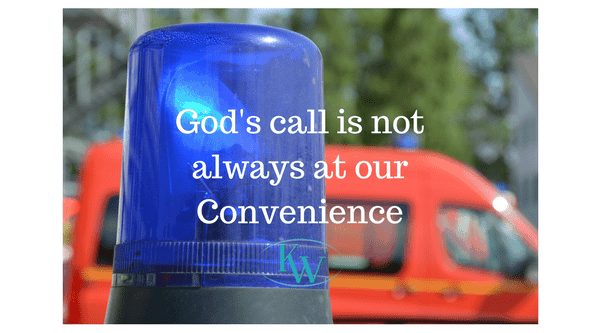 A few years ago, I was a passenger in a car involved in a collision. I was slightly injured, and I still carry a scar on my collarbone due to my seatbelt doing its job. Physiotherapy and chiropractic treatment quickly resolved my resulting whiplash. Although my friend’s car was a write-off, we both walked away with minor injuries.

The care, respect, and compassion the first responders showed us was overwhelming. By happenstance, an ambulance crew saw the accident and blocked the offending truck from fleeing before dashing back to us to make sure that we were alright. After checking us out and handing my friend an ice pack for a bruised wrist, they filled in their reports and went on their way. Less than five minutes after the accident, the police arrived, along with a clean up crew. The officers radiated calmness and confidence as they took witness statements. They showed no impatience as they repeated questions when we were slow in our responses.

As my friend dealt with the officials,  then called his insurance company and lastly arranged for a tow truck, I found sanctuary from the rain in a nearby bus shelter and then called a friend from our church.  I knew he’d drop everything to help us if he was home. By his sleepy greeting, I could tell that I interrupted a well deserved afternoon nap. Within twenty minutes, he was at our side. He insisted we go to the ER to be checked out, then waited for us and drove us home when we were released.

Forty minutes after we first crossed that intersection, we drove past the accident scene.  The fire department had swept away all the glass and other debris. There was no sign of battery acid, oil, or other car fluids on the pavement. My friend’s battered car sat ready for a tow truck to haul it away.

It was a far cry from the whimsical scenario I imagined a few years ago when I was trying to find help for a friend in a serious crisis, and I couldn’t find immediate help.

“There’s an armed robbery at the First National Bank at the corner of Lexington and Fifth; there are several hostages! Send the police right away!”

“I’m afraid our officers can’t fit that into their schedule until at least 3:00 PM.”

“What?! That’s two hours from now! They’re brandishing assault weapons, I can see them from here. Can’t you get here any sooner?”

“Sir, the officers will be there as soon as they finish their team-building basketball game and hot-dog roast with the fire department. I assure you that the first responders will be there at their earliest convenience. In the meantime, could we send you out some crime-prevention literature?”

“Are you crazy? What do you expect me to do?”

“Calm down, sir! I already told you. At their earliest convenience, they’ll be there. If you find someone else to help in the meanwhile, please call us back.”

Luke 10:30-37 –  Jesus replied, “A man was going down from Jerusalem to Jericho, and he fell among robbers, who stripped him and beat him and departed, leaving him half dead. Now by chance a priest was going down that road, and when he saw him he passed by on the other side. So likewise a Levite, when he came to the place and saw him, passed by on the other side.  But a Samaritan, as he journeyed, came to where he was, and when he saw him, he had compassion. He went to him and bound up his wounds, pouring on oil and wine. Then he set him on his own animal and brought him to an inn and took care of him.  And the next day he took out two denarii and gave them to the innkeeper, saying, ‘Take care of him, and whatever more you spend, I will repay you when I come back.’  Which of these three, do you think, proved to be a neighbor to the man who fell among the robbers?”

He said, “The one who showed him mercy.”

And Jesus said to him, “You go, and do likewise.”

It is not always at our earliest convenience that God expects a response from us. More times than not, it is at the moment of our greatest inconvenience that He needs our immediate obedience. We cannot gauge God’s directives for our lives by how well that call fits our personal agenda.

Mondays are my writing days. Lately, Mondays are also the days where I seem to get the most calls, emails, and texts that need immediate attention. Isn’t that always the way? I have a choice to make. I can take those calls and emails, deal with them swiftly and return to my writing or I can ignore those calls and be distracted by a nagging sense of guilt that I am not obeying the Lord’s promptings.  I’d rather live guilt free with a few distractions along the way, even if it’s not at my convenience. What about you?

Think back to a time when you stepped out to serve someone when it was inconvenient to you, but that act of service ended up being a blessing to all those involved, including yourself!   Did you sense God’s pleasure?  Did you deepen that friendship?

Sometimes, when we are called to serve at inconvenient times, those whom we serve take our service for granted.  It’s easy to become resentful in such a situation. How can we prevent resentment from growing in our hearts?

If you tend to procrastinate when the Lord draws your attention to a need because you think someone else will meet that need if you don’t, be that someone else this week.  A few minutes out of your day will not only help them, but it will bring pleasure to your Father God’s heart as you step out in immediate obedience.