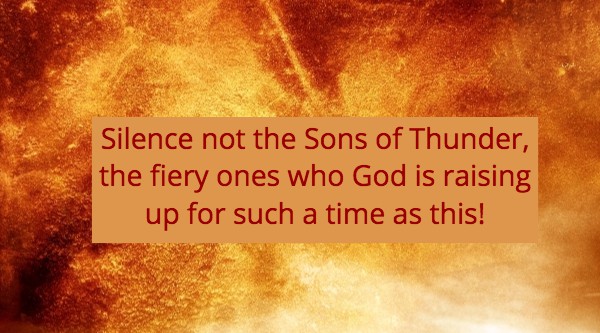 As I sought the Lord’s face concerning the rising racial tensions in the United States, I was overwhelmed by a sense of God’s great love for His sons and daughters. He has called many of them to be powerful voices that carry His message of hope, not only in the United States but across the globe.

I sensed that many of those who are on the front lines of the protests in the United States are young men and women who grew up in churches. They have a strong call in their heart for justice. That passion for justice was planted there by God Himself. God loves that heart of justice that burns within them. They need to be reminded of God’s great love for them, and they need to be reminded that God’s judgment is always tempered with His mercy and His love. They need to be reconciled with their brothers and sisters in Christ, and there needs to be deep repentance in the body of Christ for stifling the passion within these young men and women. Because they felt their voices were silenced within the church, they sought places where they could express the questions and the passions of their heart.

Romans 12:11 (NLT) – “Never be lacking in zeal, but keep your spiritual fervor, serving the Lord.”

As I prayed, I asked the Lord to invade His sons and daughters’ dreams. I asked His voice to invade their quiet spaces. I asked that His love would invade their hearts with a deep and overwhelming sense of His relentless pursuit to see them fulfill what He called them to be. I saw the overwhelmingly powerful love of the Father call them back to His heart.

The Lord reminded me that love is always more powerful than hate. Kindness leads to repentance. The Lord is gracious and merciful, and His character should always be the foundation of our prayers.

Rather than pray against the protesters and those who are stirring up trouble, pray that God would pursue them with such a holy and passionate love that they can do nothing but melt into that love.

Pray that the Lord would divert their passion into channels that would bring lasting change not only in their lives but in all nations where racial prejudices thrive. Jesus captured the hearts of the Sons of Thunder (James and John) and He does so today.

I felt that the Lord say that He is raising up key people – young men and women of all races – whose powerful voices who will be used in the days to come, especially as they reach out to their peers. I see young black men and women gifted in the area of the spoken word who will be performing on stages and venues across the United States. Their words will become anthems. Their words will be born out of love and hope, and courage and their words will drown out those voices who speak from a foundation of fear. There are young man and women who are carrying the mantle of Martin Luther King, but that mantle is being covered by their anger and discouragement and disillusionment.