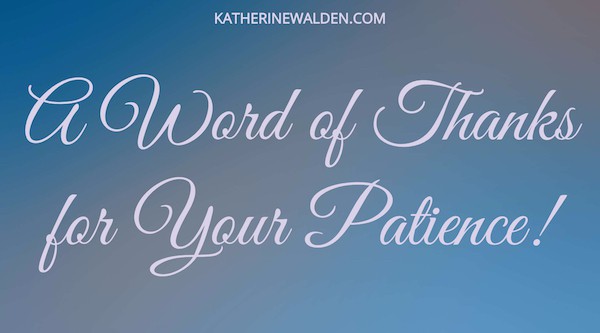 I am so thankful for the Internet and the platform it has given me to spread hope, encouragement and inspiration! I cannot believe the speed that technology has grown along the ‘net. When I began this ministry in 1995, I created two simple web pages. My Internet Service Provider acted as my Web Host. The days that a local Internet provider would host a website are long gone.

A web host is a remote company that hosts your website for you. Unless they store a server in their home or business, most people rely on storing their website on a remote web host. Some web hosts are free, but you pay the price for intrusive advertisements which you can’t control. I chose not to go the free route as many of the ads forced upon me were frankly counterproductive to the goals of this ministry.

Over the years, I have had both good and bad experiences with a variety of web hosts but last year was the worst experience I have met. I decided to switch my site to a new web host at the end of December 2015 as my previous host was having downtime issues, resulting in my site being inaccessible. And so I signed on with a new company.

Now please understand, I’ve been working on websites since 1995. I am not a professional, but I know more than the average Internet user. Within weeks of signing the standard one-year contract that most web hosts offer, major problems arose. Downtimes, false 404 pages, and incredibly slow page loads were constant headaches to visitors to this site. I sincerely apologise. I spent hours upon hours trying to solve the problem myself. Frankly, I was so discouraged a few months ago that I wondered if God was leading me away from this ministry.

Several times, I contacted the live tech support team at this company, and they could not help me. Their help files were written for professional web designers and Internet Technicians with years of experience in the field.

As soon as my contract was up, I searched for a new web host. Trusted friends, who have ministries of their own, pointed me to “SiteGround.”

Right from the start, I felt at ease. Siteground’s tech support was and still is fantastic. They cleared up the problems I was having with my last host, Those problems followed me over to SiteGround,com. Working patiently with me, then telling me not to worry, then reassuring me that they would fix the problem my previous host had caused, they had my issues resolved. All my ministry sites are up and running without a snag! It has been over a month now, with no downtime, and clear sailing for you, my readers!

I want to give a special word of thanks to those visitors to this site who contacted me with their concerns about the problems the website was having. Upon hearing what was the source of the problem with the websites, many of these visitors joined in prayer to find a resolution to the issues. You all were a life-line, and I believe your prayers led me to the solution.

If you are considering starting a blog, creating a website, or are looking for a new web host, I can’t recommend SiteGround enough!

Full Disclosure: The links I provided to Siteground are affiliate links, but I do stand behind my words. I will never endorse anything, or anyone that I do not actually believe would be a benefit to others.