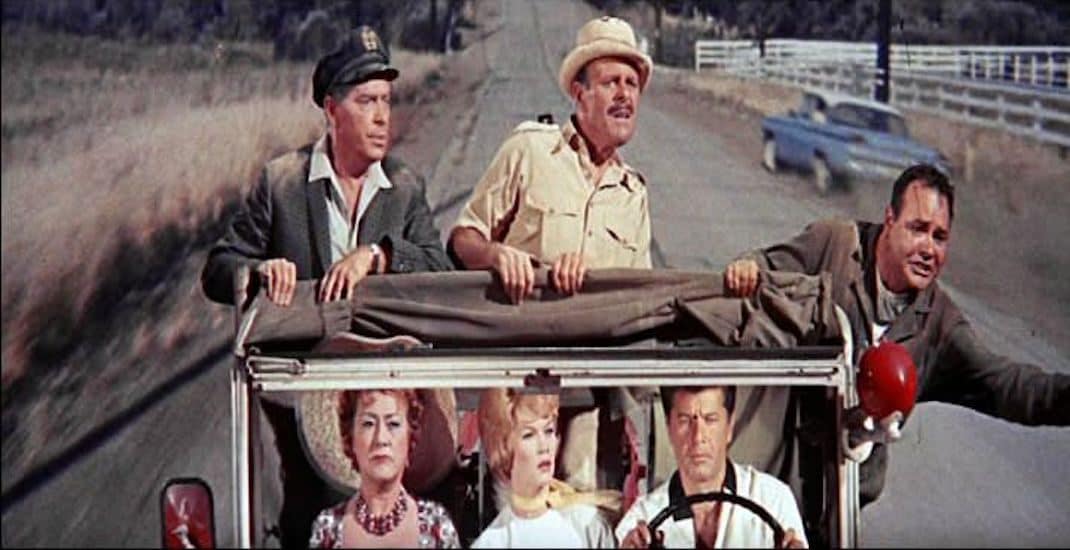 I was around ten years old when I first watched the slapstick farce, “It’s A Mad, Mad, Mad, Mad World.” The movie’s premise was simple; a dying man gave cryptic clues to a motley group of strangers. These clues led to a supposed vast fortune. Their pursuit of the jackpot led the gang across the deserts of Nevada and California; travelling by plane, automobile, motorcycle, and bicycle as they double crossed anyone in their path, including their own family! Each participant received their just reward in the end.

I’m a fool for Christ – Whose fool Are you?” – John Wimber

One sunny Sunday a few years back, the comings and goings of several members of my church after morning service reminded me of the slapstick antics of the movie. The person I came to church with asked if I could wait while she took a carload of neighbourhood children for ice cream. She first needed to drop by our church’s food bank, located close to the ice-cream shop.

As she didn’t have the key to the food bank, she took along the “Bearer of the Key,” who temporarily took the front seat passenger spot. The back seat was full of giggling children, waiting for ice cream. My friend reassured me that she would return to take me home. First, she needed to drop off the kids then pick up the food that she needed to drop off at a single mother’s apartment, and then stop at a local pharmacy to allow “The Bearer of the Key” to pick up a few items. I was quite agreeable and settled down to wait in the lobby of the building our church rented.

After about 45 minutes, I realised the volunteer crew was just about finished clearing out the gymnasium our church used as our sanctuary, I was close to being the last person in the building. As I didn’t want to delay the locking of the facilities doors, I sat outside. I passed the time by watching familiar cars pull up to the school, pick up passengers, and transfer items from one vehicle to another. It was a flurry of activity!

I startled as I heard my name called and looked around to see who was calling me. A friend waved me to his car. He explained that his wife, the “Bearer of the Key,” had called him just as he arrived home after running an errand for friends. He would give me a lift to a rendezvous point where I would meet up with driver number one. He had one stop to make on the way. No, make that two. Oh, wait! Perhaps three at the very most. Then he would drop me off, he promised!

I arrived at our meeting spot a few minutes before driver number one, just long enough for a brief visit with friends who were enjoying a leisurely lunch at a neighbourhood hangout. Keeping an eye out for driver number one, I hurried out to the car as soon as she pulled up. The children were still with her and they were still giggling. It was a mad dash to get them home before their parents worried. Groceries and children were handed over, and we headed on our way.

I suppose both races would seem a little mad to outsiders.

This week’s application is a bit of a different slant than you might expect. When on the receiving end of an act of kindness or service, how accommodating are you?

Is there a  latent sense of entitlement in your heart when others are serving you from the goodness of their heart?  Is there a secret expectation that others do things the way you want them to be done rather than a way that makes sense to them?

I had to wait a good hour before my friend was finally able to drive me home. I took her at her word, I knew it would be a while, and so I did not become impatient.  I knew I wasn’t first in line, I knew there were greater needs than mine that were involved in the mix that day, and I knew that I would eventually make it home. I might have organized things differently but I was not her, it was not my car, and she was doing me a great favour by giving me a ride!

I was quite comfortable on my little perch while I waited for my friend. It was a gorgeous sunny day. Waiting in the car as my second friend took care of his errands was definitely not as enjoyable as sitting under a shady tree on a quiet street.  I had a choice, I could insist my friend pick me up where she first said she would pick me up or I could help her by heading over to a spot more convenient to her.

Don’t forget to subscribe to Katherine Walden Ministry’s channel on YouTube. I add new content several times a week! By the way, my podcasts are short and bite-sized.

This week’s latest podcast? “Don’t Be Afraid of Mystery” … Shhh if I told you more, it wouldn’t be mysterious now, would it?